The Cassette Chronicles is a continuing series of mini reviews and reflections on albums from the 1980’s that I have acquired through Purchase Street Records in New Bedford, MA. 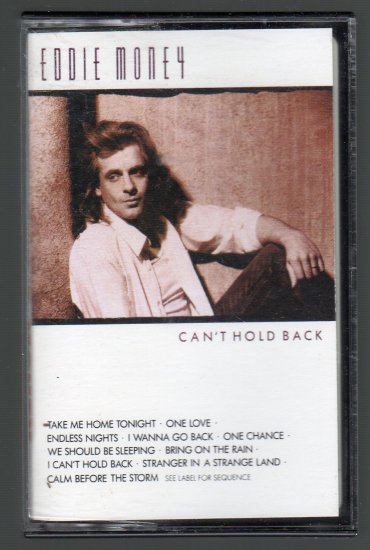 While classic rock radio will always keep “Two Tickets To Paradise” in their rotation when called upon to play an Eddie Money track, this album contains two more of his biggest hits in “Take Me Home Tonight (Be My Baby)”, the rocking track that features Ronnie Spector on guest vocals, and “I Wanna Go Back” which is a nice nod to nostalgia. That kind of struck me funny considering I’m listening to the full album for the first time as it has only recently had its own 30th anniversary.

The thing about this album is that despite containing two smash hits that the pop charts wholeheartedly embraced, there is nothing else really approaching the quality of either track throughout the rest of the album. I liked the song that opens up side two, “We Should Be Sleeping”, but that was mostly for the smoking guitar work in the song (particularly the solo on the outro).

While nothing is truly noteworthy for being bad, the album is top heavy with the hits and then just kind of meanders its way to the end. Pop music in the 1980’s had such a diverse roster of artists from various genres so you had to have radio friendly hits to make yourself heard in such a crowded field. However, it is very disappointing to me when an artist doesn’t back up those hits with some good old fashioned album tracks as well.