You know Katie Botelho-Bielatowicz as the co-owner of JKB Entertainment Group and Limelight Magazine, but you may not know that she also does amazing nail art.

Botelho-Bielatowicz went to UMass Dartmouth to pursue a degree in marketing and recently went back to school at the Kay Harvey LaBaron Hairdressing Academy to get her nail technician license. She now has her license and has even pursued some possible careers within the field.

Botelho-Bielatowicz spoke with me about what first sparked her passion for nail art.

“I remember seeing a design that looked nearly impossible, so I decided to try it,” she said. “I was pleasantly surprised at how good it came out and from there on out I’ve been intrigued by trying different things!”

Botelho-Bielatowicz has been painting nails for eight years now but she wasn’t always interested in this art form.

“I used to get acrylics done and decided that I had enough with artificial nails,” Botelho-Bielatowicz said. “I started a job at a beauty supply store and bought my first salon brand polish. I was hooked from there. I now have my own little room that’s dedicated to my nail polish, so you can only imagine how many I own!”

“My love for nail art simply stemmed from other people’s nail art,” Botelho-Bielatowicz said. “I wanted my nails to look like that so I decided to try it for myself. It’s my hobby and my way from stepping aside from reality for a while.”

Although Botelho-Bielatowicz has been painting nails for a while, just over the past few years she began to challenge herself and work on more integrated designs.

“I started faithfully painting my nails about eight years ago and probably a few years after that is when I added nail art to the mix,” Botelho-Bielatowicz said.

“Because of my love for nails, I decided to get my nail technician license,” Botelho-Bielatowicz   said. “There I was taught to do acrylics, although I never do them at home. Every so often I’ll do a gel manicure on myself, but I like to switch my colors so frequently that it’s not worth it for me.”

Botelho-Bielatowicz decided to get her nail technician license just for fun, yet she has also learned a lot from practice and research.

Botelho-Bielatowicz combined her self-taught skills with a variety of techniques she learned at the academy to practice this fine art. Check out her nail art Facebook page HERE which is appropriately called “Confessions of a Nailaholic.”

Seen within the pictures on her page, Botelho-Bielatowicz explores many themes and techniques within her artwork. She talked about the tools she typically uses.

“I mainly use a nail cleaning brush, dotting tools and a small paint brush from the craft store to draw intricate designs,” she said.

It’s obvious that Botelho-Bielatowicz enjoys exploring many different nail art themes but she definitely has her favorite.

“My favorite time to do nail art is from October to December,” she said. “There are so many different designs with the holidays that there’s always something to do. I love festive nails!”

“Halloween is my favorite time of the year so naturally I love everything about it,” she said. “There are just so many great designs you can do for Halloween and I love the reaction I get when people see my nails and they’re all horror themed. For the most part, most of my artwork is related to Halloween/Tim Burton films. It just makes me happy.”

To coincide with Limelight Magazine‘s 10th anniversary, here are 10 nail art designs done by  Botelho-Bielatowicz  that are perfect for the Halloween season. 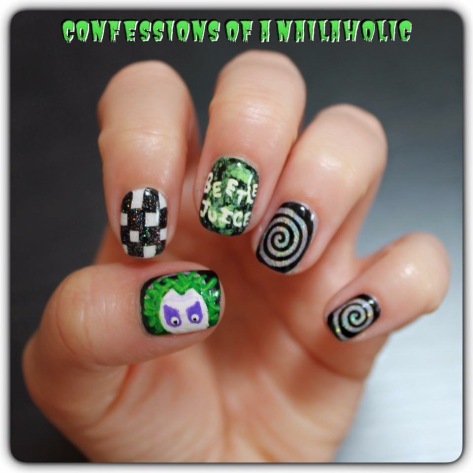 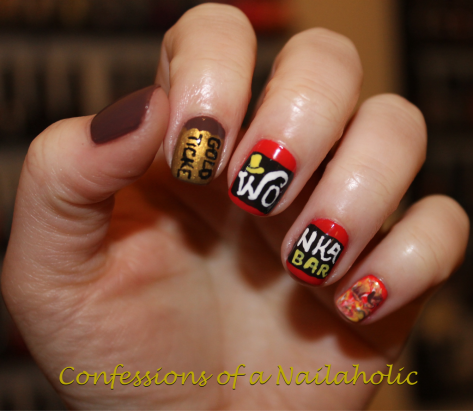 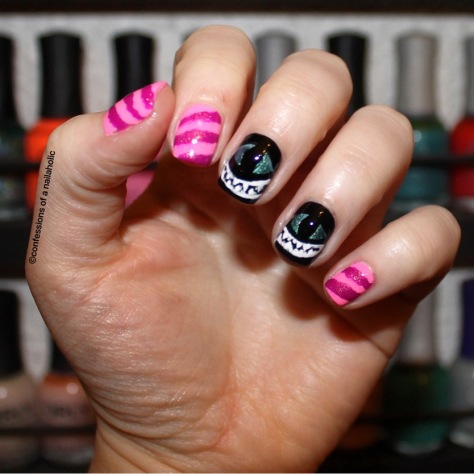 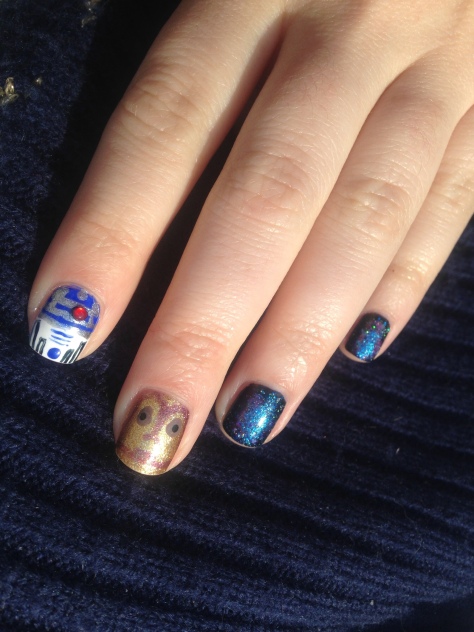 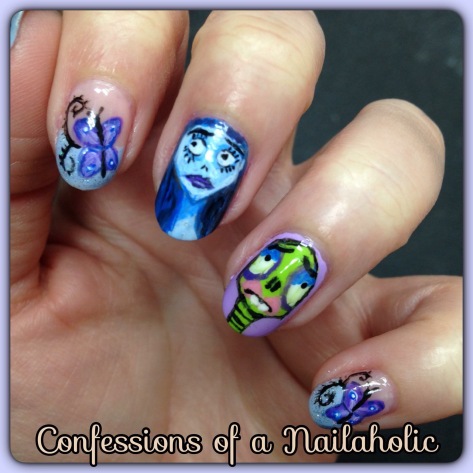 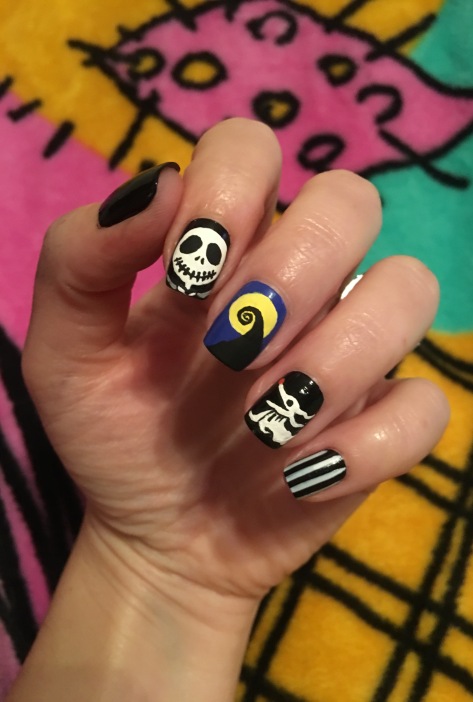 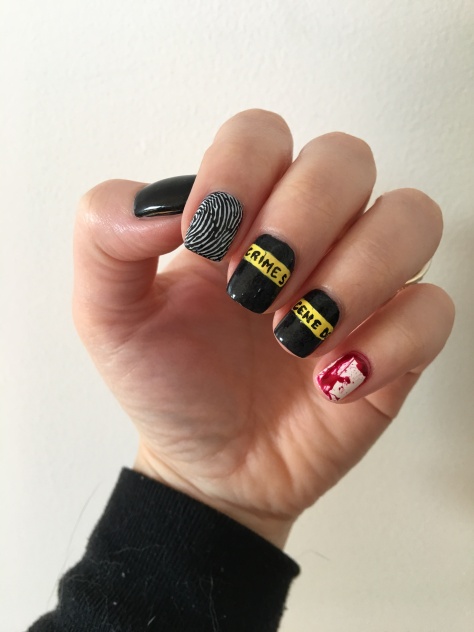 DAYS OF THE DEAD 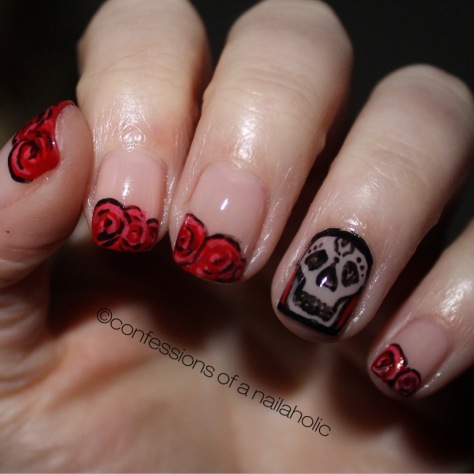 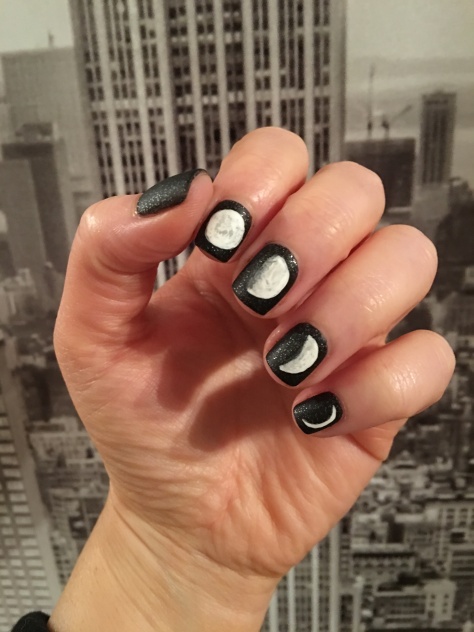 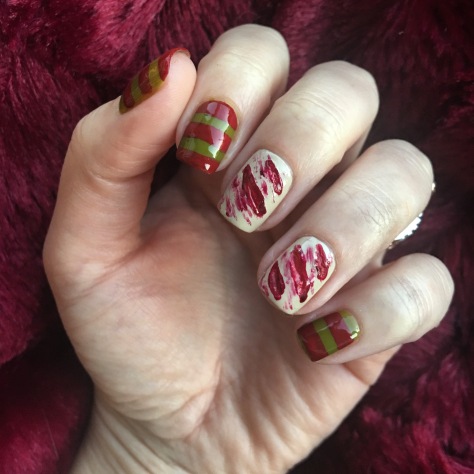