Power rock trio King’s X return to the road for an exclusive date at the Regent Theatre in Arlington, MA, on October 12th.  This will be the band’s first performance in New England since 2015. Kings of Spade will open the show. Purchase tickets HERE.

King’s X released their first studio album, “Out of the Silent Planet,” in 1988 and followed it up with the stellar “Gretchen Goes to Nebraska.” Their third album, “Faith, Hope, Love,” was the group’s first release to crack the US Top 100, with the help of the successful single “It’s Love”. The band landed a gig opening for AC/DC in the U.S. and Europe for the first half of 1991. They also toured with Living Colour and were nearing the peak of their popularity.

King’s X signed with major label Atlantic Records for their next self-titled release. After parting ways with their longtime manager, the band enlisted veteran producer Brendan O’Brien, who had previously produced albums for Stone Temple Pilots and Pearl Jam. The ensuing release, “Dogman,” performed respectfully on the charts. This success resulted in the band opening shows for Pearl Jam and a show-stopping performance on the opening night of the mammoth Woodstock ’94 festival

King’s X completed their contract with Atlantic Records with “Ear Candy” in 1996, before moving to Metal Blade Records where they released four studio albums and one live release. The band’s latest studio albums, “Ogre Tones” (2005) and “XV” (2008), were released on the InsideOut label. “XV” was their first album since “Ear Candy” to chart on the Billboard Top 200, ushering in a new wave of popularity for the band. 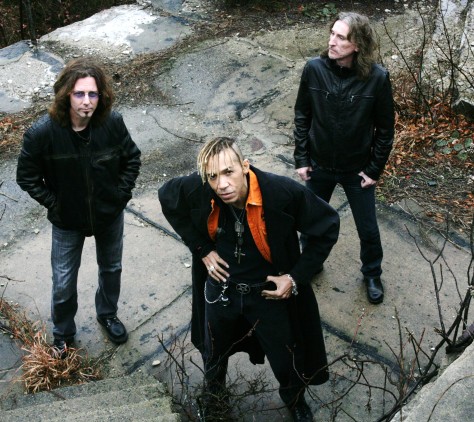