It’s that time of year where Limelight Magazine lists our top 10 albums of the year.  A lot of great music was released in 2017. However, unlike past years where difficult choices had to be made to narrow down our list, these albums stood out immediately. Collectively, it’s probably the most solid year end list in quite sometime.

When a band or musician records a sequel to an album, it doesn’t always measure up to its predecessor. However, in Mike Oldfield’s case, Return to Ommadawn, a sequel to his third studio album Ommadawn (1975), not only measures up to the original but surpasses it on many levels! As with the original (and his first two albums Tubular Bells and Hergest Ridge), the album shares the same structure with two long-form compositions or “movements.” Each song is atmospheric and demonstrates Oldfield’s mastery on a multitude of instruments. While there are certain elements on each of the songs that pay homage to the original, this album is still completely original and marks Oldfield’s creative return to form. Return to Ommadawn is so good that we can only use the term “masterpiece” to describe it, making it our top album of 2017! (Standout Tracks: “Return to Ommadawn Pt. 1” & “Return to Ommadawn Pt. 2”)

2. Modern English – Take Me To The Trees

On Modern English’s first studio album in 30 years featuring four-fifths of the original line up (Robbie Grey, Mick Conroy, Gary McDowell, and Stephen Walker), the band has matched the greatness of their first two studio albums Mesh & Lace (1981) and After the Snow (1982). The 10 songs on Take Me To The Trees are nothing short of amazing and I find myself having a new favorite song with each listen, making it hard to select a standout track because all of them are gems. If you were a fan of Modern English before or forgot about them over the years, it’s time to rediscover their music. Take Me To The Trees is essential to anyone’s music collection. (Standout Tracks: “Moonbeam” & “Flood Of Light”) 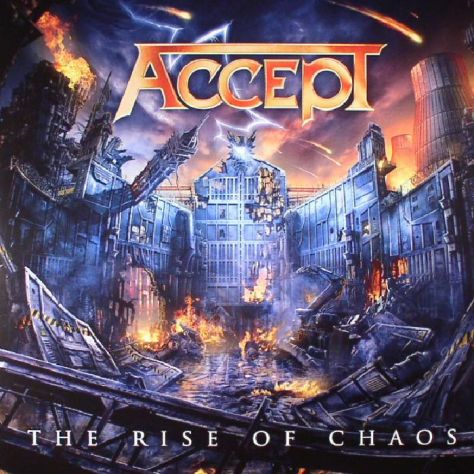 Since reforming in late 2009 with new vocalist Mark Tornillo, Accept have become one of the most consistent metal bands. Their last three studio albums (Blood Of Nations, Stalingrad and Blind Rage) were solid from start to finish, with each album showcasing the band’s fantastic twin guitar attacks, fierce drumming, and aggressive tempos. On The Rise of Chaos, Accept raise the bar even higher. It’s not only the best album of the Tornillo era, but also one of the best metal albums 2017. The 10 songs on this album have the classic Accept feel with intricate riffs, fantastic solos, and relevant lyrics to today’s chaotic world. Andy Sneap’s production behind the control board is once again stellar. This is a must have for any metal fan! Crank it up! (Standout Tracks: “No Regrets” & “Die By The Sword”)

4. Roger Waters – Is This The Life We Really Want? 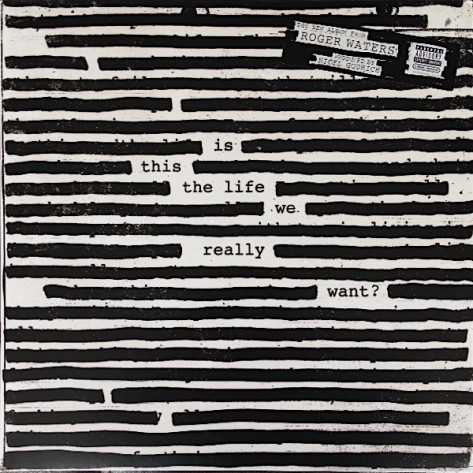 On Roger Waters first studio rock album since 1992, he is as angry as ever with some of the things going on in the world. He’s channeled that anger into a politically charged, compelling album that’s his best work since leaving Pink Floyd in the ‘80s. In fact, rather than hear the album’s brilliance in writing about current events and making music out of them, some people are not liking it based on their political beliefs. I’ve seen some reviewers say that Waters is “forcing his views down our throats.” Others say the album “too closely resembles” his previous solo albums and Pink Floyd’s equally politically charged masterpiece Animals. I honestly don’t find that to be a bad a thing at all as I love the Floydian vibe on many of the songs, especially “Bird In A Gale.” Overall, this is a great offering from Waters and what I fully expect from him. (Standout Tracks: “Bird In A Gale” & “Picture That”)

Every solo album Steve Wilson has released since putting Porcupine Tree on extended hiatus has made our annual 10 top year-end album list. So, it should come as no surprise that his fifth solo album, To The Bone, has landed on this year’s list as well. Once again, Wilson has created another mesmerizing album from start to finish. However, this album has a more “accessible to the masses” art rock sound than his prior progressive rock masterpieces. While sure to alienate some fans, his shift in style shows what a truly gifted and multifaceted artist Wilson is. With that said, the songs on To The Bone are exceptional and Wilson continues to never let us down with his music. (Standout Tracks: “The Same Asylum As Before” & “Detonation”) 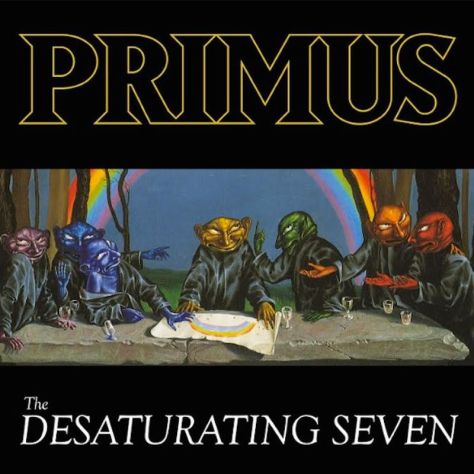 On their first studio album since 1995’s Tales From The Punchbowl featuring the classic Primus line-up of Les Claypool, Larry LaLonde and Tim Alexander, the trio is in top form and have taken their sound in a more progressive rock direction reminiscent of early ‘80s King Crimson material. According to Claypool, the album was inspired by The Rainbow Goblins, a children’s book written by Ul de Rico in 1978, that he read to his kids when they were growing up. The seven tracks tell the story of seven goblins, one representing each color of the rainbow, who pull the color out of the world. Clearly, a lot of thought went into writing this stellar concept album. It’s meant to be listened to as a whole and the songs have great flow from start to finish. Claypool also proves once again that he is one of the best bassists on the planet. Overall, this is a must have for any true Primus fan. (Standout Tracks: “The Seven” & “The Trek”)

On what is essentially a Fleetwood Mac album without Stevie Nicks since Mick Fleetwood and John McVie play on it, Lindsey Buckingham and Christine McVie have created a solid set of songs on their debut release as a duo. The album has a Tango in the Night vibe (which is one of my favorite Fleetwood Mac albums), while showcasing the extraordinary talents of both songwriters. Individually, McVie’s voice is in fine form and Buckingham’s guitar work is as a stellar as ever, even though I wished there were more solos by him. While we will likely never get a new Fleetwood Mac album again, it’s nice to see Buckingham and McVie continuing “on with the show” in the recording studio. (Standout Tracks: “In My World” & “Too Far Gone”)

When Alice Cooper works with longtime collaborator Bob Ezrin, good things happen! Ezrin produced Cooper’s 27th studio album, Paranormal, and it’s one of his most interesting and engaging releases since Brutal Planet (2000). In fact, most of the tracks on this disc are vintage Alice with some of the songs sounding as if they could have come off his Love It to Death or Killer albums of 1971, such as “Dead Flies” and “The Sound of A.” The bonus disc features two songs (“Genuine American Girl” and “You and All of Your Friends”) that were recorded with the original Alice Cooper band and they are just as good as everything on the main album. While the “godfather of shock rock” may be close to 70, he still has passion for what he does and shows no signs of slowing down any time soon. (Standout Tracks: “Paranormal” & “Fireball”)

I didn’t expect Black Country Communion to reform and release another studio album after Afterglow (2012) but I am glad they did because BCCIV is their best album to date. The band, featuring Glenn Hughes, Jason Bonham, Derek Sherinian and Joe Bonamassa, shine on this disc. The 10 songs are straight forward rock and roll that capture the late ‘60s and early ‘70s classic/hard rock sound while putting their own collective spin on things. In short, this disc contains pure rock and roll music with stellar riffs and memorable songs. It’s a shame that FM radio rarely embraces this type of music anymore because it should be being played non-stop. (Standout Tracks: “Sway” & “Awake”)

As a fan of ‘80s “hair metal” band Sleeze Beez who were featured in Limelight Magazine earlier this year, I was excited when I found out that vocalist and guitarist Andrew Elt was working on a recording project with Martin Helmantel (bass/guitar) and Joris Lindner (drums/guitar). The musicians called themselves 7 Miles to Pittsburgh and released their self-titled debut album in June. After listening to the disc several times, it’s one of the most straightforward rock albums of the year. Each of the 10 tracks stand on their own but collectively form a well-balanced body of work. We don’t expect the band to tour the U.S. because they only have dates in their home country of The Netherlands, but it would be a real treat to see these tracks performed live someday. (Standout Tracks: “Earth Dance” & “Same Size Soul”)