After a more streamlined sound on their album Without Love failed to attract a big audience, Black ‘N Blue went back to a more raw production sound for Nasty Nasty.

The album’s title track might best sum up why the band never really went anywhere in their career, they just never had the right combination of timing and material. The album’s producer was Gene Simmons. This was the first of two albums he produced for the band. The music for the title track ended up forming the basis of the Kiss song “Domino” which appeared on their album Revenge.

A lot of the albums I write about in this series find me arguing that a particular album is an underrated gem. With this album, I’m taking a slightly different direction. I don’t think the album is a gem. It’s pretty much a product of its time, but not really all that different from what you could’ve heard from a number of bands at the time.

There’s nothing particularly bad about the album and it is competently played. The band is obviously tight particularly with the guitar work from Tommy Thayer and Jeff Warner. The nine tracks combine eight fast paced rockers and one “single-worthy” song in “I’ll Be There For You” (written and produced by Journey’s Jonathan Cain) which, despite its obvious quest for commercial success, is the worst song on the album.

But while I’m not here to argue for its inclusion in the debate over greatest rock/metal album of all time, I also can’t say that I didn’t enjoy Nasty Nasty either. I loved the guitar work on “Kiss of Death”, the song that closes out side one. The strike first-strike hard attack on “12 O’Clock High” and “Do What You Do” are definitely ready to get the blood boiling with each song’s unrelenting musical soundtrack. I love the way singer Jaime St. James (billed as “The Voice” in the liner notes) spits out the vocals on these two tracks without sacrificing clarity. The album’s closing song “Best In The West” sounds as if it captures the band in live performance though it isn’t made clear whether it is just a studio track with audience sounds spliced into the mix or not. But either way, it finished the album off in rousing fashion.

I missed out on the band back in the day. Oh sure, I’d heard of them of course. I saw ads for them in the plethora of music magazines I read at the time, but they just never captured my imagination. Black ‘N Blue might not have reached the summit of the 80’s metal years, but unlike a lot of bands that came after them, when you look back you won’t find yourself horrified by their music. It’s straight forward hard rock and while originality points might be in short supply, you won’t find yourself feeling cheated out of your time when listening to this album. You might even find yourself with a newfound appreciation for the band.

Notes of Interest: The band broke up in 1989 but reunited sporadically over the years and have been a fully active band since 2008. They released an album called Hell Yeah! in 2011. They were supposed to play a show near me in Massachusetts last year but the show ended up being canceled. I would’ve loved to see them live though.

Ex-Kiss drummer Peter Criss and Keel singer Ron Keel are credited with performing vocals on the song “Best In The West”. Keel guitarist Marc Ferrari played guitar on the song as well.

Though credited on two songs on the album, John Purdell played keyboards on only one song, “Kiss of Death”. The other song he got credited for, “Promise The Moon”, was originally intended to be on the album but got pulled in favor of “I’ll Be There For You”. The error wasn’t explained until the album was remastered in 2003. Purdell worked with Ozzy Osbourne, Heart, Alice Cooper, Dream Theater, Cinderella and Quiet Riot before his death from cancer in 2003. 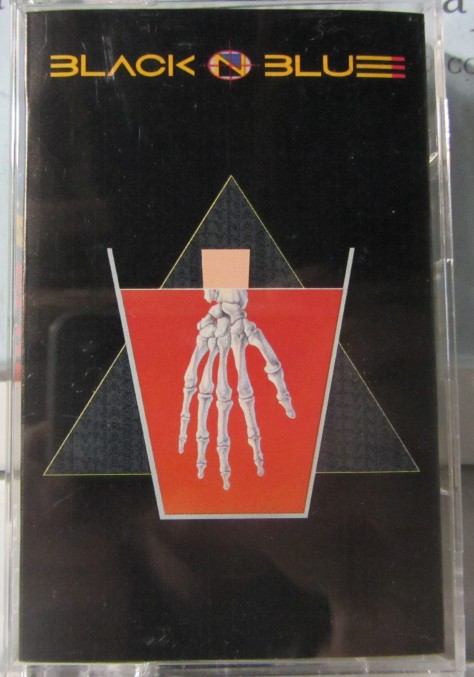