I’m not sure if using a well-worn cliche as your debut album’s title was a bit too much in the way of tempting fate, but in the case of Salty Dog it just might’ve been the harbinger of bad things to come.
Powered by a blues driven rock sound that was apparently compared to Led Zeppelin but owed just as much to the actual blues music, Salty Dog ended up being a one album wonder. This was in spite of the fact that they actually had a pretty damn good sound to their music.

Of course, that doesn’t mean Every Dog Has Its Day isn’t a showcase for what was and might’ve been with the band. Or for those with a darker viewpoint on life, a fitting epitaph instead.

The album kicks off with “Come Along,” the first of the two songs to be featured upon the original release with music videos. The thing that struck me was that despite this track being the best known of the band’s songs, I found it a bit wanting. Yes, there was a hook that draws you in at first but I thought there was something missing that left the song just this side of completely satisfying.

Musically, the entire album is pretty strong. I thought the various aspects of the guitar playing from Pete Reveen was both lively and energetic. There’s a variety of styles employed within the confines of straight up hard rock. The cheeky vibe of “Just Like A Woman” finds the band loosening up a little while the one pure ballad track “Sacrifice Me” has a much deeper emotional feel to it.

Of the 13 tracks, there are 12 originals plus a cover of the Willie Dixon song “Spoonful.”

What really got me hooked on certain songs was when the band was firing up the rock tempo on “Cat’s Got Nine” and “Ring My Bell.” On these types of songs, singer Jimmi Bleacher really sounds good.

However, there was one particular part of the album where I just found myself a bit irritated. Bleacher’s voice has a screechy/whiny aspect at times. For most of the album it is kept in check, but on songs like “Where The Sun Don’t Shine,” that Willie Dixon cover and “Heave Hard (She Comes Easy),” that whiny tone is unrestrained and quite frankly ruins the songs.

The second of the songs that got videos was “Lonesome Fool” and it employs a banjo threaded throughout the musical soundtrack. Right up until the end, the song is actually quite good. But there’s a spoken word ending verse to the song that takes it from good to downright ridiculous.

That said though, songs like the rocker “Keep Me Down” and the gonzo paced closing song “Nothin’ But A Dream” help give more heft to the album as a whole.

While circumstances conspired against Salty Dog having any kind of sustained success, this album does stand up to the idea that they had some serious talent in the band. While it does have some peaks and valleys in terms of song quality, Every Dog Has Its Day finds itself as Exhibit A in demonstrating what might’ve been for this band had they been able to hold things together.

NOTES OF INTEREST: The album’s producer was Peter Collins who also worked with Rush, Queensryche and Gary Moore.

Every Dog Has Its Day has been reissued twice on CD. The first time was in 2010 via Bad Reputation Records and then in 2016 by Rock Candy Records. The reissues came with four demos as bonus tracks.

For those that might be wondering what the band’s secnd album would’ve sounded like, you’ll able to fulfill that desire starting with the day this article goes live. On March 23, 2018, Escape Music will release Lost Treasure, which contains 11 tracks that were recorded years ago. The songs feature singer Darrel Beach who was recruited to the band after Jimmi Bleacher left the group. 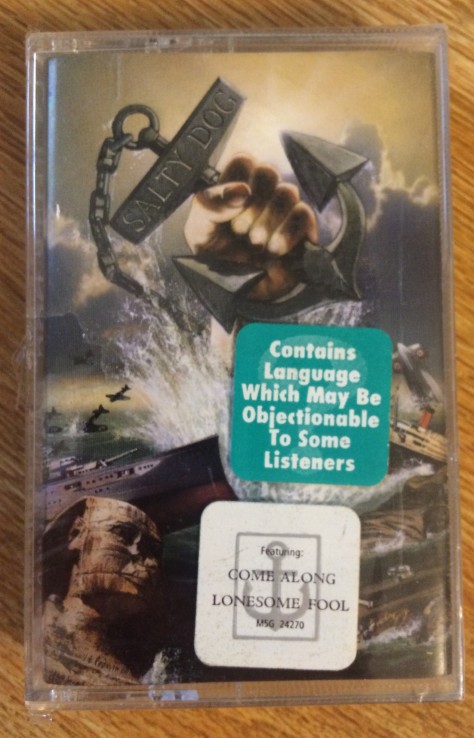