Back in May of 2018, after seeing singer Ted Poley in a solo show, I ended up writing an entry in this series about the second Danger Danger album Screw It!

Until now, I’ve never written about the band’s debut album because I never owned it. That changed last week when the owner of an area record shop messaged me a photo of a bunch of cassettes that he’d just purchased. Lo and behold, there was a cassette edition of the self-titled debut album from the band.

Since the New England Patriots were stomping all over the Chargers in the AFC title game, when halftime came, I took a ride and made a purchase of some of those albums from the photo.

And so it now comes to pass that I get to write about the first offering from Danger Danger. The first side of the album ends up being the front-loaded part of the release. The band’s best known songs, “Naughty Naughty” and “Bang Bang” are on Side One. They are great songs and even though I wasn’t really into the band when they first hit the scene, those two songs are immediate melodic sensations that even the most casual of rock and metal fans from back in the day would know.

The more immediate surprise for me was the fact that when confronted with the band’s ballad track, I found myself enjoying it. “Don’t Walk Away” would’ve probably been a song I should’ve hated. This was 1989 and the requirement that every rocking band had to have a ballad to get the lighters in the air at a concert was in full force. The problem being that they weren’t really necessarily good examples of songwriting. However, I think “Don’t Walk Away” passed the test and is a rather decent song.

There’s a bit of familiarity in the subject matter of “Under The Gun”. It’s the cautionary tale of a small town girl hitting the big city and finding out life isn’t all that glamorous after all. Thankfully, while the story is the same as a number of other tracks, the musical background was pretty good. I wasn’t crazy about the excessive echoing sound for the vocal track, but overall, this was a good song.

As for “Saturday Nite”, that’s just a purely blazing track that gets your heart to thumping.

Unfortunately, I wasn’t quite as taken with the second side of the album. Things start off great with “Rock America”. Again, there’s a bit of familiarity with the anthemic nature of the song and lyrics, but the track still works well.

After that track, the next four songs didn’t do much for me. I listened to them and just felt as if they kind of just barely rose above being filler tracks. On “Boys Will Be Boys”, I have a feeling while the song would’ve been perfect in its initial release, if it came out now it would be on the receiving end of a lot of complaining from those groups who make it their life’s goal to complain about EVERYTHING these days. It’s far from being politically correct, that’s for sure.

The ballad on Side 2 is “One Step From Paradise” and while it isn’t terrible, the song just doesn’t have the same stick to your ribs feel as “Don’t Walk Away” did.

It isn’t until the last song on the album, “Live It Up”, that the band truly recaptured my interest. It’s just a flat out rocker with lyrics that serve as a kind of affirmation of pursuing dreams regardless of where you start out from.

It’s funny how things turn out, no? Initially I had no interest in the band beyond their two big rocking hits, then I see a show and discover that they did indeed have some great music. While I’m not as big a fan of this first release by Danger Danger as I was of album #2, there is still a good dose of the kind of rock and roll that I loved back in the 80’s and still love to this day.

NOTES OF INTEREST: All songs for the Danger Danger debut album were written by bassist Bruno Ravel and drummer Steve West.

While Andy Timmons is listed as a member of the group, he actually only played guitar on two of the album’s 11 songs. His predecessor in the band was Tony “Bruno” Rey, and his work was featured on the other nine songs. While he played on a number of rock albums in the 80’s and 90’s, these days Rey serves as the musical director/guitarist for Enrique Iglesias.

The Danger Danger album got reissued by Rock Candy Records in 2014 and included five live songs as bonus tracks. 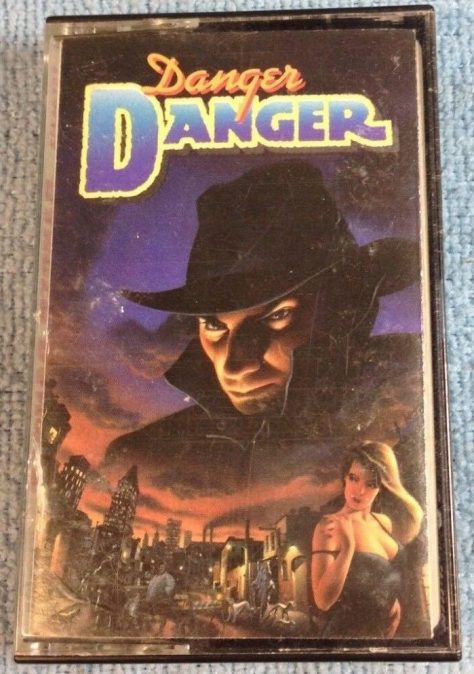 One thought on “The Cassette Chronicles – Danger Dangers self-titled debut”