The mighty rock trio King’s X return to the road this summer with a date at The Vault Music Hall at Greasy Luck in New Bedford, MA, on July 9, 2019. blindspot and Analog Heart open the show. This concert is presented by JKB Management & Booking.  Purchase tickets HERE.

King’s X released their first studio album, “Out of the Silent Planet,” in 1988. Despite being hailed by music critics, the album didn’t fare well commercially, peaking at #144 on the Billboard album charts. The band’s 1989 sophomore release, “Gretchen Goes to Nebraska,” fared slightly better from a commercial standpoint. Significantly, the song “Over My Head” received moderate airplay on MTV and radio. The increase in exposure would prove beneficial when the band released their third album, “Faith, Hope, Love,” in the fall of 1990.

“Faith, Hope, Love” was the group’s first album to crack the US Top 100, with the help of the successful single “It’s Love”. The band landed a gig opening for AC/DC in the U.S. and Europe for the first half of 1991. They also toured with Living Colour and were nearing the peak of their popularity.

King’s X signed with major label Atlantic Records for their next self-titled release. After parting ways with their longtime manager, the band enlisted veteran producer Brendan O’Brien, who had previously produced albums for Stone Temple Pilots and Pearl Jam. The ensuing release, “Dogman,” performed respectfully on the charts. This success resulted in the band opening shows for Pearl Jam and a show-stopping performance on the opening night of the mammoth Woodstock ’94 festival

King’s X completed their contract with Atlantic Records with “Ear Candy” in 1996, before moving to Metal Blade Records where they released four studio albums and one live release. The band’s latest studio albums, “Ogre Tones” (2005) and “XV” (2008), were released on the InsideOut label. “XV” was their first album since “Ear Candy” to chart on the Billboard Top 200. A book, called “King’s X: The Oral History,” was recently released and the band will enter the studio to record a new album this spring.

The Vault Music Hall at Greasy Luck is located at 791 Purchase Street in New Bedford. The venue is set within a former bank building featuring original vault doors and a truly historic feel. Patrons have raved about the superior acoustics and intimate setting. 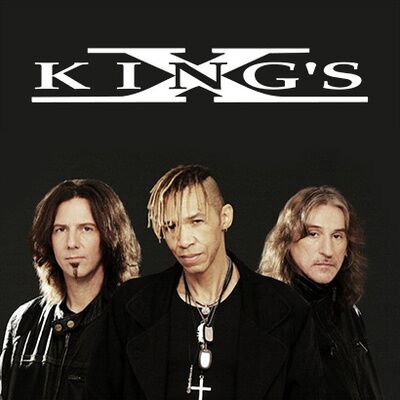 Almost time for Superstars in Concert with
Jon Anderson of Yes with the Paul Green School of Rock.
On Aug. 14 John Cafferty & Beaver Brown Band are performing a benefit concert at Boston Harley-Davidson in Revere, MA. See the ad below for more info.
We are pleased to announce that we have booked a double bill with The FIXX and The English Beat at the Narrows Center in Fall River, MA, on Friday, November 5th! We needed two bands to celebrate JKB Entertainment Group's 10th anniversary and Limelight Magazine's 15th anniversary and these bands can't wait to celebrate with us! Tickets on-sale Friday at 10 a.m.