After a three-year hiatus, the co-owners of Limelight Magazine have decided to bring back their music awards event with proceeds going toward the Australian Wildlife and Nature Recovery Fund. To make the process go smoothly, here are some questions that were typically asked in the past with the answers to them. Please read this over before contacting us.

When and where is the 2020 Limelight Magazine Music Awards?

This year’s Limelight Magazine Music Awards will be held at the Vault Music Hall, located at 791 Purchase Street in New Bedford, MA, on Sunday, September 27, at 2 PM. [Please note this is a new date as a result of the Covid-19 pandemic.]

How long does the ceremony typically last?

The ceremony typically runs between three and four hours.

Is it all ages?

The Limelight Magazine Music Awards is an all-ages event.

Is there beer and wine?

Beer and wine is available for purchase at Vault Music Hall with proper I.D.

Food is available for purchase at Vault Music Hall.

Street parking is free on Sundays in New Bedford.

How much are tickets?

How does a musician get nominated?

The nominating process is decided by music industry professionals and the general public. For two weeks in early February, we solicit nominations by e-mail from music industry professionals including John Shea of Almost Famous on 95.9 WATD, Cat Wilson of The Cheap Seats, Katie Botelho of Limelight Magazine, and Adam N. Signore of Mark Skin Radio. Then, we solicit nominations for one week (February 16-22) from the general public. Nominations can be e-mailed to limelightmusicawards@gmail.com. We only accept nominations by e-mail. Please like our Facebook page at www.facebook.com/limelightmagazine to stay up-to-date.

What are the categories for the Limelight Magazine Music Awards?

Are there any restrictions on who can be nominated?

All musicians must currently reside in New England.

Will I be notified of my nomination?

You will be contacted by one of the co-owners of Limelight Magazine either by e-mail or through Facebook before public voting begins.

When does public voting begin and end?

How many times can someone vote?

Only four votes per I.P. address per day count. The system allows you to vote more than this but only the first four votes will count per day.

I’ve been nominated for an award, can I perform at the awards ceremony?

Up to seven artists will be randomly selected from all the nominees and asked to perform at the awards show.

I’ve been selected to perform, does this mean I’ve won an award?

Once again, you’ve been randomly selected to perform. This does not mean that you’ve won an award.

Do nominees have to pay for tickets?

Since we have decided to donation a portion of the proceeds of this event to the Australian Wildlife and Nature Recovery Fund, everyone who attends is charged, except the musicians who are performing at the awards ceremony.

Are the musicians who’ve won an award told beforehand?

No. The winners are only announced at the awards ceremony, with the exception of the special award (i.e. Legend, Unsung Hero) recipients.

I have a gig or another commitment on the day of the music awards, can you please tell me if I’ve won?

No. Unfortunately, secrets are never kept and we abide by our own rules. If you cannot attend and no one can accept on your behalf, we will notify you on the following day and your award can be picked up at a mutually agreeable location.

I’m unable to attend the music awards ceremony. Will I find out if I won and how can I pick up my award?

The winners will be announced on our website the day after the awards show. Anyone who wasn’t in attendance can arrange to pick up the award at the Vault Music Hall on the day of one of their shows.

Can I sponsor this year’s Limelight Magazine Music Awards?

Yes, sponsorships are very affordable. Please reach out to us directly at limelightmagazine@gmail.com or jkbbooking@gmail.com for more information. 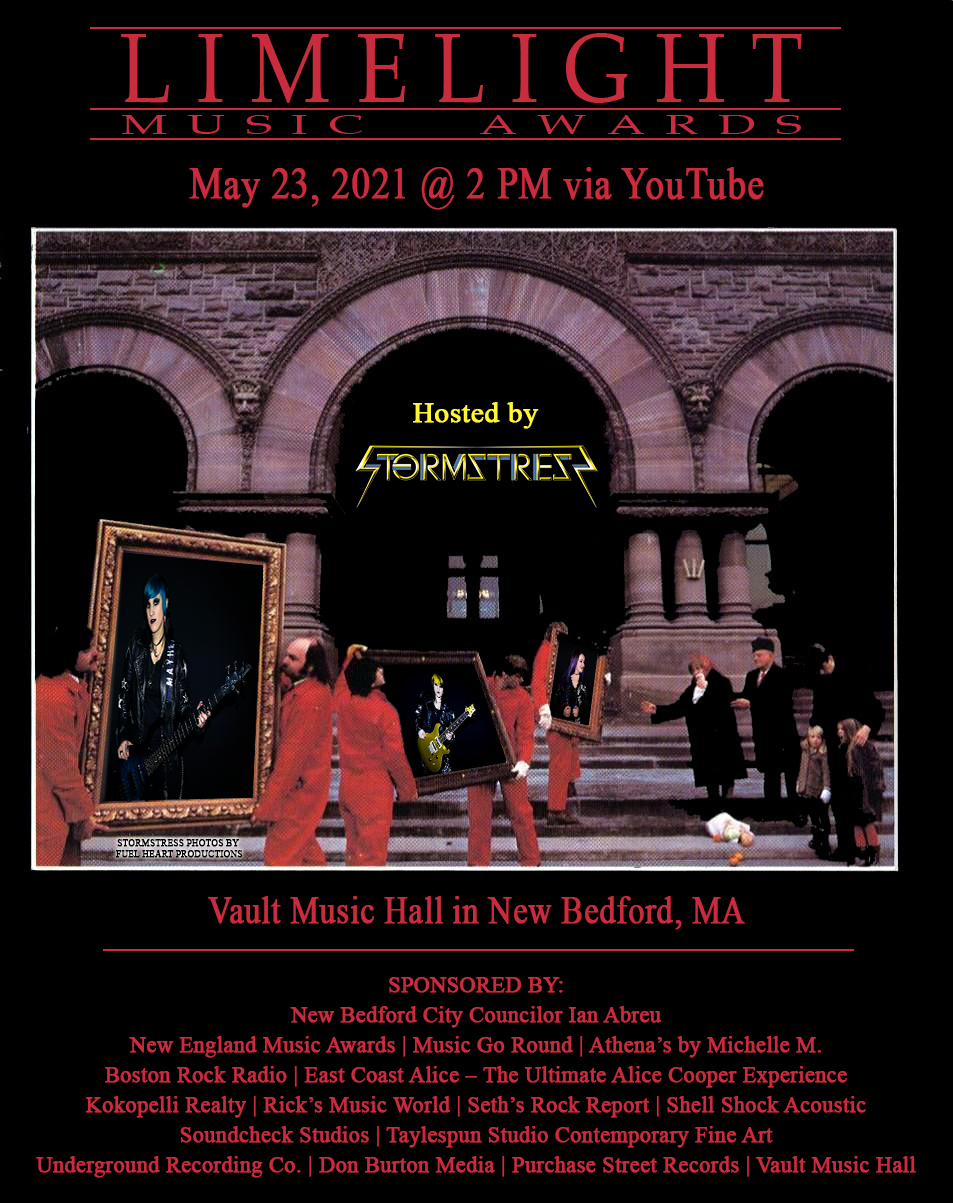