Each year, our top album typically goes to a band that has completely outdone themselves and Tesla has raised the bar high with Simplicity. Jeff Keith’s vocals are spot on and the band is on fire, delivering 14 well-crafted songs that stand up with their best work. As the title of the album suggests, Tesla deliver unapologetic, straight forward rock and roll that just smokes. We love every second of this one and think you will as well! (Standout Tracks: “Time Bomb” & “Ricochet”)

Judas Priest is one of the most consistent metal bands going today. With each release, you can always expect great metal songs and Redeemer of Souls is no different. This album seems to recapture some of the sounds from various periods of Priest’s history with some new twists along the way. New lead guitarist Richie Falkner fits in nicely and his solos only make this album better. Crank it up and let it rip! (Standout Tracks: “Redeemer of Souls” & “Battle Cry”)

After releasing two stellar albums with producer Rick Rubin, we were a little nervous when we found out he was working with Don Was. When the first single, “Nothing But A Heartache,” was released from Melody Road, our fears we quickly put aside. The album contains 12 tracks that are reminiscent of Diamond’s work in the late sixties and early seventies. He knows how to write and perform a great song and that hasn’t changed with age. This is an enjoyable listening experience from start to finish. (Standout Tracks: “Seoguah & Jimmy” & “Something Blue”)

After Stryper released the best album of their career in 2013, front man Michael Sweet followed it up with a solo album that is the best of his solo career. What stands out about I’m Not Your Suicide is that Sweet isn’t afraid to experiment with a variety of styles. With songs that range from heavy rockers to ballads to some in the vein of country music, Sweet doesn’t disappoint. Every song stands on its own and the album is great from beginning to end. (Standout Tracks: “Taking On The World Tonight” & “Miles Away”) 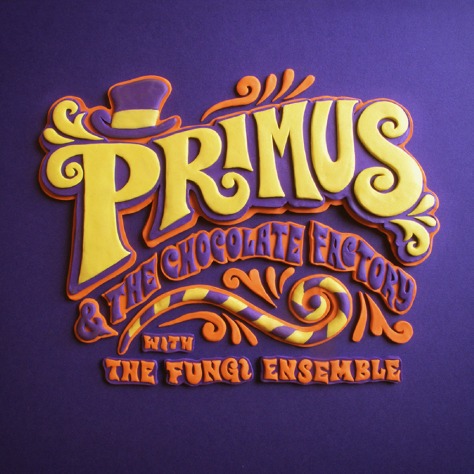 While Primus and the Chocolate Factory seems to have polarized a lot of fans, it is actually very atmospheric and gives you the feel of the original “Willy Wonka and the Chocolate Factory.” It’s also an album that grows on you with time. If you like your music sick and twisted, this is the album for you. (Standout Tracks: “Pure Imagination” & “Golden Ticket”)

Unlike many of their contemporaries, Godsmack has always been a consistent hard rock band who doesn’t change things around too much. On their sixth studio album, 1000hp, they have embraced their age with grace, while serving a blast of energy that never disappoints. Overall, another great Godsmack album. (Standout Tracks: “1000hp” & “Living In The Gray”) 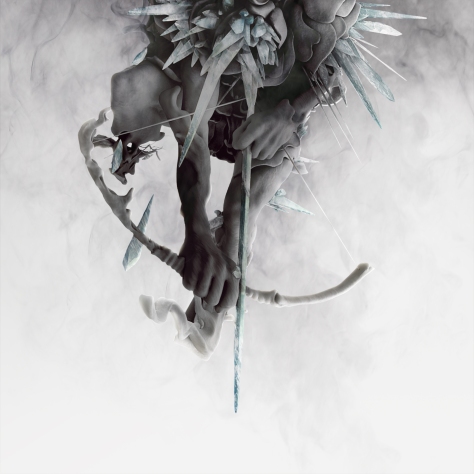 After missing the mark on their last two studio albums, Linkin Park return to form on The Hunting Party with their best material since the underrated Minutes to Midnight. It recaptures the vibe and energy of Hybrid Theory while still sounding fresh at the same time. The angsty rap-metal that made the band popular is front and center and the songs are heavy and filled with adrenaline. If you’ve given up on the band, this album should bring you back to the fold. (Standout Tracks: :”Guilty All The Same” & “War”)

While not quite as heavy as their last two albums, Blind Rage continues on the quality level of its predecessors. It contains fantastic twin guitar attacks, fierce drumming, and lyrics that are meaningful. Andy Sneap’s production is once again stellar. This is a must have for any metal fan! (Standout Tracks: “Stampede” & “Fall of the Empire”)

After shaking things up on their last album, Infected, this power metal band from Sweden returns with 10 tracks that easily stand up with their classics. If you like old school heavy metal with soaring vocals, astounding lead work and slick production, (r)Evolution is the album for you. (Standout Tracks: “Hector’s Hymn” & “Live Life Loud”)

This collection of 14 never-before-released songs that were recently recorded is Nick’s finest solo work in years. Her voice is in fine form on 24 Karat Gold and the music delivers all the emotions you’d expect from her. This is the album her fans have wanted for a long time and Nicks has delivered. (Standout Tracks: “Mabel Normand” & “24 Karat Gold”)