Legendary folk singer/songwriter Tom Rush is coming to the Spire Center for the Performing Arts on Saturday, April 6, 2019, at 8 p.m. for an intimate performance at Plymouth’s new performance hall. He’ll be accompanied by Matt Nakoa. This concert is presented by JKB Management & Booking. Purchase tickets HERE.

Mr. Rush’s impact on the American music scene has been profound. He helped shape the folk revival in the ’60s and the renaissance of the ’80s and ’90s, his music having left its stamp on generations of artists. James Taylor told Rolling Stone, “Tom was not only one of my early heroes, but also one of my main influences.” Country music star Garth Brooks has credited Rush with being one of his top five musical influences. Mr. Rush has long championed emerging artists. His early recordings introduced the world to the work of Joni Mitchell, Jackson Browne and James Taylor, and in more recent years his Club 47 concerts have brought artists such as Nanci Griffith and Shawn Colvin to wider audiences when they were just beginning to build their own reputations.

Mr. Rush began his musical career in the early ’60s playing the Boston-area clubs while a Harvard student. The Club 47 was the flagship of the coffee house fleet, and he was soon holding down a weekly spot there, learning from the legendary artists who came to play, honing his skills and growing into his talent. He had released two albums by the time he graduated.

Today, Mr. Rush voice has grown even richer and more melodic with training, and his music, like a fine wine, has matured and ripened in the blending of traditional and modern influences. He’s doing what he loves, and what audiences love him for: writing and playing…passionately, tenderly…knitting together the musical traditions and talents of our times.

Advance tickets for the Tom Rush show are available by clicking HERE. Tickets will also be available on the day of the show at the venue. A limited number of VIP tickets that includes a private meet and greet and signing with Mr. Rush are also available. 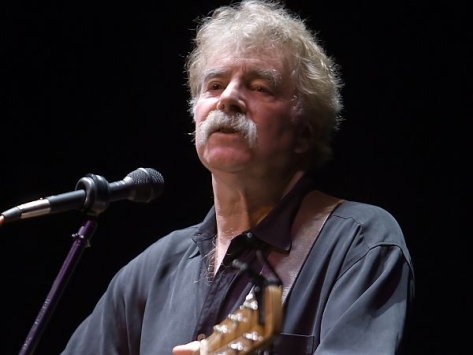